BONES OF YOU \ fanged throat

FANGED THROAT
FEATHER-GUARD OF THE TRIBE

— a loner when he joined, he requested a scary name​
— thirty-six moons. ages on the 24th of every month​
— AMAB, presents masculine, identifies as masculine​
— biromantic bisexual, hard to romance
— widowed, no mate ; father to jasmine bloom, doe leap
— rough, coarse and gravelly voice​
GREY AND WHITE LAPERM WITH A SINGLE CLOUDED EYE

— fanged throat's curly, wispy fur gives him a rather scruffy appearance- this is not helped by the fact that he barely ever grooms, meaning his pelt carries the image of looking rather unkempt and as if several creatures are living within it. he doesn't and has never put much thought into his appearance, so does not care if he seems grubby or scruffy. his eye, a clouded blue, holds exhaustion and sadness within it almost permanently. he can often be spotted with a mirthless, reserved expression, tensed and unwilling. is sinewy and thin, however said frame does not carry talent within, only used to carry him away from situations he doesn't wish to be in.​
SCARS . heavily tattered right ear, large scar trailing from tattered ear across nose bridge, two gash scars across clouded eye, left eye completely missing with grotesquely torn skin.​
ISTJ, THE LOGISTICIAN

( + ) goofy, witty, friendly with those who are familiar to him, calm in most crises, usually well-meaning, generous, forthright, fair​
( / ) apathetic, dry, paternalistic, private, guarded, skeptical​
( - ) insensitive, asocial, cantankerous, reckless, non-committal, not good at expressing, hates niceties, snappy​
— has a lot of bad days, but is trying to get better; suffers from depression which sometimes causes him to act mean​
— susceptible to envy whenever he sees happy family units.​
Last edited: Apr 18, 2021
Toggle signature
YEARS AGO I TOOK A HAMMER
TO EVERY MEMENTO — ☼☽
TRIBE OF RUSHING WATER — TAGS​

fang is trying his best not to be lazy, not to be a leech, nor a burden. but some days he feels like it. like he can't escape that identity. but he gets up anyway, because that's life.​
DO I WANNA KNOW? by arctic monkeys

fang’s a hopeless romantic, he’s always been. and he doesn’t like to face any feelings when they rear their heads. the comforting sense of strawberries. the guilt. the fear. what would she think of him? he's just going to ignore it.​
LET'S GO by stuck in the sound

it’s crazy to be left behind like fang was. there’s a loneliness to this song for something that you can never see again. it’s subsiding, but fang feels like that a lot, especially on his bad days.​
BODYSNATCHERS by radiohead

fang feels like he’s trapped in this body. slowly, he’s getting used to it, but it’s taking time. he wishes he could still see the sunset, the stars, the flowers he used to look at with his daughter. but there's beauty in this new world too. he's just got to take a deep breath, and accept this new normal.​
BONES OF YOU by elbow

remembering hurts. he doesn’t think he’ll ever be the same again, even though they’re just bones now.​
GENGHIS KHAN by miike snow

fang feels terribly envious sometimes when he knows he shouldn’t. he knows it’s horrible to hate it when others are happy, to wish they knew his misery. he knows it's unreasonable to fly into bitterness and venom whenever a happy family dares to exist within a 3m radius of him.​
BEAUTIFUL FACES by declan mckenna

is the afterlife real? he used to deny it. now he’s not sure. the existence of it might make him feel even more guilty. and anyway, when he leaves this world he wants it to be for good. what point is there in living if you'll just go do it all over again somewhere else?​
WEIGHT OF LIVING PT 1 by bastille

you just can’t shake the heavy weight of living. for fang, it's still there, on his shoulders. he doesn't know if it'll ever go away.​
MIGHT QUIT by bill wurtz

feather-guard... does he really deserve it? and why does he feel proud? why does he feel happy? he doesn’t want to. but he does, too... it's an accomplishment.​
LOVE LIKE YOU by rebecca sugar

what does she see in him? she must be crazy. he wonders what it’s like to be so selfless. so wonderful. she's a good friend, she saved him. one day he hopes to return the favour.​
WATERFALLS COMING OUT YOUR MOUTH by glass animals

he lets his mouth and temper run away from him sometimes. he feels like an idiot, yet he won't apologise. he spits venom sometimes. maybe they deserve it.​
NEIGHBOURHOOD #4 (7 KETTLES) by arcade fire

this is a song of healing, for me. and that’s what fang’s doing. he’s healing. he’ll never be the same again, but he can form a new whole from the fragments left behind in that hawk’s wake. it’s working. he’s scared that some day he’ll have to do it all over again.​ 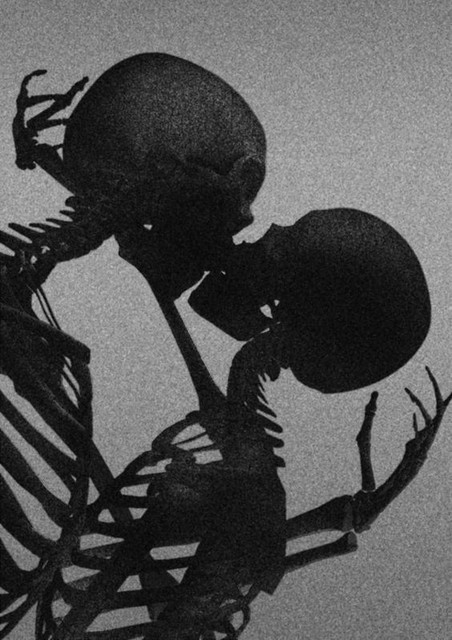